The advent and progress of Internet Technology is one of the greatest things to happen to music since the invention of the phonograph. It is forcing the music business to reevaluate its function and completely change its approach to promoting music and making money. No longer does an up-and-coming act need to put all of their eggs in the “record deal” basket and pray for promotion dollars to build them a career; nor does the average consumer have to sit and listen to Top-40 radio to be told what is ‘hot’ to listen to. The Internet has completely leveled the playing field for everyone, and best of all, its giving more and more attention to new and innovative forms of music. This brings hope to us all that the “Dark Ages” of popular music might finally be coming to an end.

While the Internet has definitely shaken things up for the industry, still, dark clouds loom over our new abundant and vibrant musical world. Network Neutrality is an issue that could seriously limit our shared exposure to it, and could very well send the music industry back into a state of corporate oligarchy.

Network Neutrality
As it stands right now, Internet Service Providers (ISP’s) have enjoyed almost uninhibited control over their networks with very little government regulation ever since they opened up shop in the early 1990’s. While the technology was still relatively new, people were happy using the service and didn’t really ask many questions about how the ISP’s were conducting their business. But now that the Internet has become such an irreplaceable fixture in our daily lives, its becoming increasingly more important to make sure that ISP’s are offering fair, comparable service to all of their customers.

The main issue (or fear) is that ISP’s could start discriminating the quality of the service that they provide based on financial considerations. In this scenario, large companies like Amazon or Apple could pay higher prices to have their content load quicker, appear dominantly in searches, and perform more effectively than their competitors, consequently forcing the competition to either pay the premium rate too, or be forced out of business.

Imagine that you are at your computer searching for a new local band that you saw at a bar a few nights ago. You click on their website and the page begins loading so laboriously slow that its giving you flashbacks to the good old days of dial-up connections. Meanwhile, a video advertisement for U2’s 360 tour, brought to you by Live Nations’ premium Internet connection, is streaming crystal clear on the right-hand side of your screen. This example shows how uneven the playing field could end up being if Net Neutrality principles are not enacted.

It is important to note that on some level or another, most ISP’s have already been abusing their network control for years. While they have not gone as far as charging for premium content yet, they have shown us the power they have over what we can and cannot see or do on the Internet. For example, during Pearl Jam’s performance of “Daughter” at Lollapalooza in August 2007, AT&T cut the sound on a live webcast when front man Eddie Vedder began sharing his views on the George W. Bush administration. In September 2007, Verizon Wireless denied NARAL Pro-Choice America a request for a text messaging “short code,” which members could use to receive instant updates via their mobile phone. The company explained the restriction by stating that their messaging service was closed to organizations and groups whose content or agenda could be deemed “controversial or unsavory to any of our users.”
In short, the content that we see on the Internet really is at the mercy of all ISPs. Furthermore, what’s even more concerning is the fact that there has been almost no legislation passed that would prevent ISP’s from abusing the abundance of power that they currently do hold.

The Legal Context
This lack of jurisdiction was very apparent in April 2010 when the Federal Communications Commission (FCC) lost a two-year Federal Court battle with the Comcast Corporation over charges that undeniably proved that Comcast had been discriminating content on its networks.
About two and a half years ago, a retired Network Engineer named Robb Topolski had been downloading files from a Peer-to-Peer (P2P) file-sharing site when he noticed his Internet service performing irregularly. Upon investigating the problem, he found that Comcast, his ISP, was intentionally inhibiting his ability to make downloads. He took his case to the FCC, who then tried to sue Comcast on the grounds that they had violated parts of the Communications Act of 1934— a set of laws originally created for radio and early wire-line telephones whose most recent 1996 revisions accommodated only for the wireless phone, fax machine, and pager technologies that were emerging at that time.

Needless to say, legislating something like the Internet with laws out-dated by more than a decade was not the easiest case to make in Federal Court. Now, in the wake of the court’s ruling, the FCC finds itself in the midst of a three-prong debate between consumers, Internet businesses, and the ISP’s.

The Issues
Most consumers, not surprisingly, feel very strongly about having an open, non-discriminatory Internet service. “They’re really concerned that the Comcasts and the AT&Ts of the world are going to restrict what they can do in their homes and what they can access on the Internet,” says Amy Schatz in an interview with NPR. “There is a fear that if Comcast cuts a deal with Amazon, you may not be able to buy a book from Barnes & Noble as easily as you could with Amazon.com.”
This has consequences for the music business too. If ISPs were paid to control whose music got streamed and whose music did not, sooner or later the music industry would find itself dancing to the similar tune that it always has, with the major labels/corporations in the MC chair.
On the business side of things, companies like EBay and Google don’t want ISPs setting up “toll booths” for their online businesses. Until now, conducting online business has come at no more than the cost of what an average consumer would pay on his or her monthly Internet bill. But if ISPs start charging premiums for service upgrades, online businesses would have no choice but to pay the fees in order to stay competitive— and there’s no telling how exorbitant they could become. Consequently, those smaller business owners that couldn’t afford the upgrades would disappear while larger companies would absorb ownership and control of their markets.

Lastly, on the opposing side of the debate, the ISPs, who have enjoyed exponential growth over the past decade, thanks (in part) to having almost zero governmental intervention, want there to be legislation that is loosely fit, if any at all. They’ve allowed their business to expand with incredible pace, and based on the growth rates that they have been experiencing, have invested billions in its future.
Their concern, is that first, the new legislation will restrict their ability to keep growing their business at the rates they’ve invested for.
Second, and more challengingly, they believe internet technology will out-run the sluggish legislation process rendering new laws useless by the time they are put into place. Chris Guttman-McCabe (VP Regulatory Affairs, CTIA) put this into perspective at a Future of Music Coalition debate on Net Neutrality on May 25, 2010:

“[Settling the FCC vs. Comcast case] took two years, two months, and 5 days. Do we really want [that same timeline to decide] what is right in a space that moves as quickly as the Internet?…Go back 20 months from where we are now and the hottest selling handset was the Motorola Razor; in the last 20 months we’ve gone through about 50 of the worlds cutting-edge devices, from twenty applications to 270,000, [5% of which] are music-related applications, none of which existed 6 months ago”

Music and Net Neutrality
Given the gravity of the Net Neutrality controversy, musicians all over the world are beginning to voice their opinions on the issue. Groups like The Future of Music Coalition (FMC) have formed to advocate change and help musicians find ways to get involved. The FMC’s “Rock the Net” campaign, which has membership support from thousands of Independent Labels and major artists like R.E.M., Pearl Jam, Ted Leo, Kronos Quartet, Death Cab for Cutie, and Calexico, was specifically created to demonstrate the music community’s broad support for the principle of Net Neutrality to Congress and the FCC. 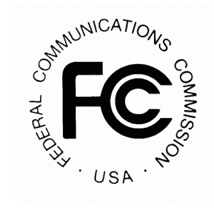 In fact, on March 11th, 2008, in partnership with “Rock the Net,” the band, OK GO testified before a House Judiciary Hearing, explaining their views on why Net Neutrality is good for the music and arts communities. Later, in July 2008, “Rock the Net: Musicians for Net Neutrality,” a compilation CD for musician’s rights was released on Thirsty Ear Recordings, featuring bands like Bright Eyes, Wilco, Aimee Mann, Guster, They Might Be Giants, and The Wrens. All 15 artists featured on the album share the belief that Net Neutrality is key to creativity and commerce online. “Rock the Net: Musicians for Net Neutrality” is available at most online/ retail record stores. You can learn more about the FMC’s “Rock the Net” campaign at: www.futureofmusic.org.

In October 2009, the FCC issued a Notice of Proposed Rulemaking on preserving the open Internet, which included draft rules for Net Neutrality. The Commission was seeking comments from stakeholders and the public on this issue due-dated March 5th, 2010. Many artists and labels across the country took this opportunity to share their beliefs about an open Internet with the FCC.
Most recently, on May 6th 2010, FCC Chairman Julius Genachowski released the FCC’s “Third-Way Plan,” which is a proposal to update parts of the Communications Act without fully reclassifying the Internet in the eyes of the law. His goal is to get the FCC the authority it needs to oversee and enforce Net Neutrality issues without heavily imposing upon the rights of ISPs and other large corporations in the process. “The goal is to restore the broadly supported status quo consensus that existed prior to the court decision on the FCC’s role with respect to broadband Internet service,” says Genachowski. “[These are] policies that advance our global competitiveness and preserve the Internet as a powerful platform for innovation, free speech, and job creation.”

Within the next few months, the FCC will once again be seeking public comment on its new plan, and Net Neutrality in general. As a member of the music community, you can share your views at: www.fcc.gov.