On June 6th of this year, at its Worldwide Developers Conference, Apple announced at last plans for its iCloud service. Music, digital books, applications, photos and documents will now be accessible in any Apple device after purchase at the iTunes store. Calendars, address books, and e-mail can be wirelessly synched too.  But even though iCloud allows instant updates of media and information across multiple platforms, it is not a streaming service (Steve Jobs, it must be remembered, is a fan of content ownership).

What does this mean for music? Now, with the iCloud, a consumer has to purchase a song only once to have it available on all Apple devices.  There will be no charge for multiple downloads. Consumers have wanted this for a while. They feel that if a CD is bought at a record store, there should be no restriction on playback, be it in the car or the living room. In conjunction with the iCloud, the newest version of iTunes is allowing free downloads on multiple devices. For example, if a consumer purchases a song on his iPhone, that song can be downloaded to his iPad, as well as his desktop and laptop computer.  Remarkably, in a technological first, all of the devices will download the same song automatically—and at a 256Kbps Advanced Audio Coding standard (CD quality).The catalog available from the iTunes Store is quite plentiful at 18 million songs.

But consumers will have songs they ripped from CDs, purchased from another online source, made themselves, or downloaded illegally. So there are three ways of putting music that was not purchased from the iTunes Store onto all of the devices in the iCloud. This point is key, for otherwise there would be little incentive to migrate.

First, the consumer can sync all of his devices using WiFi or cables.  For someone with a lot of CD’s, this is undoubtedly a tedious and time-consuming task.  Secondly, the consumer could repurchase almost all of his albums at the iTunes Store, although this expensive option is unlikely to be pursued by music fans.  Thirdly, and crucially, iCloud is offering use of something it calls iTunes Match.

iTunes Match is new software that will scan users’ song files and match them up with those same titles in the iTunes Store.  All titles in an individual’s library, even if they are not matched, receive the same benefits as music purchased at iTunes . Apple claims that the whole process takes only a few minutes because there is no need for any uploads to their server. In particular, songs that match the iTunes catalog will be upgraded to both 256Kbps and free DRM status (free Digital Rights Management clearance) before being transferred to the various playback devices; songs that don’t match the iTunes catalog (for instance, a personal recording) will still be downloaded like the ones that match.   This is the service for which Apple will charge $24.99 per year—and on which it could gross about $1.25 billion for 50 million subscribers.

Apple faces its greatest competition from Google but would seem to have the upper hand.  Google is offering a website-based locker service that is free as of now, and is still beta testing.  Users upload their music files to Google’s servers and have access to their music anywhere they can open a web browser from their computers or android devices. 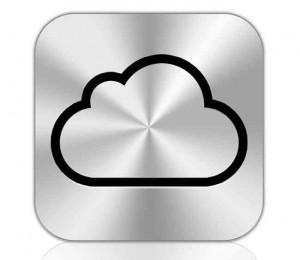 Amazon, in conjunction with its MP3 Store, is another rival of the iCloud. Amazon offers what is essentially a locker service with storage plans of  $1 per year per gigabyte of music uploaded into the Amazon Cloud Drive.  The service is website-based as well, and music would be available to a computer or device that runs android software anywhere with Internet access.

Yet Google and Amazon have not acquired the proper licenses to sell music, while Apple has. The four majors, Warner, EMI, Universal, and Sony, are on board with Apple. Says Craig Pape, Director of Music at Amazon: “We don’t need a license to store music…the function is the same as an external hard drive.”  Pape may be technically right, but if Google and Amazon enter the market and become significant players in the mass distribution of music, a license is required—just as Apple had to require at its iTunes full launch in 2003.

Equally important for Apple’s advantage over Amazon and Google is that it has addressed the thorny issue of safeguarding and redistributing previously acquired music, much of which is illegal. The record companies know that the iCloud can’t save them from losing money due to piracy–but it can help. In effect, Apple has agreed to take a cut out of the sales from iTunes Match subscriptions and pay the record labels and publishers that hold the songwriting rights to illegally downloaded music.

While the terms of Apples’s deal with labels and publishers have never been made official, both the Los Angeles Times and the New York Times have reported that Apple will keep 18% of the revenue earned from the matching service but will return 70% to the labels; the remaining 12% will be distributed for intellectual copyrights to publishers.  The contrast with the existing iTunes deal is stark and may explain why the labels got on board with Apple. With iTunes, Apple was keeping 33%, the labels got approximately 58% and monies distributed for intellectual copyrights to publishers were about 9%. Apple may well have agreed to sweeter terms for the labels to pioneer cloud services. Music, again, has become its Trojan horse.

It really is the same old story. Apple is not terribly concerned with earning a profit as a digital music distributor even though it has a chokehold on that market. It is more focused on earning a profit by selling a complete product. Amongst all of the portable music players made in the early 2000’s, none was as complete as the iPod when used in tandem with the iTunes store.  The essence of iTunes Match is similar.  With the iCloud and the iPhone 5 both being announced together on June 6th, Apple made sure that its flagship software and hardware were well integrated. Apple’s profits, as usual, seem to lie with its hardware sales and music is a catalyst for that.

As CFO Peter Oppenheimer said recently, “regarding the App Store and the iTunes stores, we are running those a bit over break even and that hasn’t changed.”  If Apple is perhaps sacrificing potential earnings in this deal, it can make up those losses elsewhere. To all parties involved, it is a “win-win”.  Apple gets to release a complete product that could make the company a lot of money.  The labels and the rights holders are satisfied in that they will earn revenue from the service as well as partial revenue from the redistribution of stolen music.  The iCloud platform well could be said to mark a significant headway for the record companies in their struggle against piracy. Moreover, when and if the majors are given access to iCloud data, they could better target fans and save on marketing costs.

It is expected that more announcements will be made about the iCloud as it gets closer to its launch later this fall.  As of now, Apple has not been able to reach licensing agreements with many of the independent record companies or major motion picture sudios (in spite of a strong demand by consumers who would like to see their videos, as well as their music, available from the cloud). Also, due to foreign regulations, Apple has yet to work out iCloud’s availability overseas.  Still, Apple’s promising news augurs better for the recorded music industry than any other event in recent memory.

View all posts by Aaron Gottlieb

5 Replies to “iCLOUD: The Devil is in the Details”